Women’s Conversations: Empowering Women and Girls to Prevent and Address the Impact of Small Arms 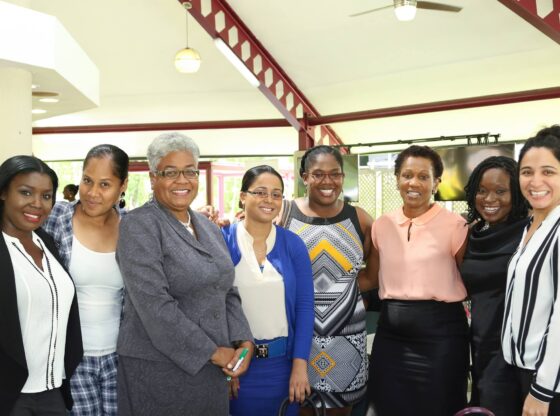 Women’s Conversations: Empowering Women and Girls to Prevent and Address the Impact of Small Arms in Communities across Trinidad and Tobago

This report presents the findings of the Women’s Conversations component of the UNICEF funded,Women’s Institute for Alternative Development (WINAD) implemented project entitled, Empowering Women and Girls to Prevent and Address the Impact of Small Arms in 12 Communities in Trinidad and Tobago, which was implemented between November 2008 and April 2009.The report represents the major outcomes of the Conversations held within various communities throughout Trinidad and Tobago as part of the funding requirement towards the completion of the project. This project aimed to fill a void for evidence-based research and planning on the impact of small arms on women and communities, as it currently exists, and to introduce gender analysis with a specific focus on a group, largely excluded, thus far, in national discourse on security and governance.

Although WINAD’s main programme activity has focussed on addressing the violence which plagues Caribbean society, the organization’s foundational mandate remains the issues of women and the advancement of gender equity and equality within the region. Pivotal to this concern and, central to the responsibility of WINAD to society, is the need to consistently engage in discourse around the ways in which gender socialization and the power relations of gender shape the region’s reality. It is based on this responsibility to the region generally and to Trinidad and Tobago specifically, that this project seeks to unearth the voices of women and girls within the increasingly violent space that is Trinidad and Tobago towards the building of a gender aware and gender trans- formative policy response to the human security debate.

Report: The Role of Women in Communities – The Case of East Port of Spain
March 21, 2018